Specific consumption data for light-duty vehicles (LDV) are generated within TREMOD 1). - The following table provides an overview of annual amounts of fuels consumed by LDV in Germany. 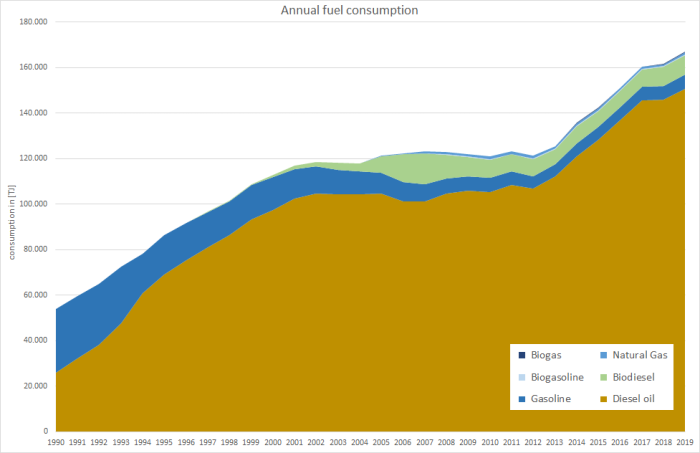 However, it is not possible to present these highly specific tier3 values here in a comprehendible way .

For heavy-metal (other then lead from leaded gasoline) and PAH exhaust-emissions, default emission factors from the 2019 EMEP Guidebook (EMEP/EEA, 2019) 4) have been applied. Regarding PCDD/F, a tier1 EF from (Rentz et al., 2008) 5) is used instead.

NOx emissions increased steadily until 2002 following the shift to diesel engines. During the last ten years, emissions decline steadily due to catalytic-converter use and engine improvements resulting from ongoing tightening of emissions laws and improved fuel quality. 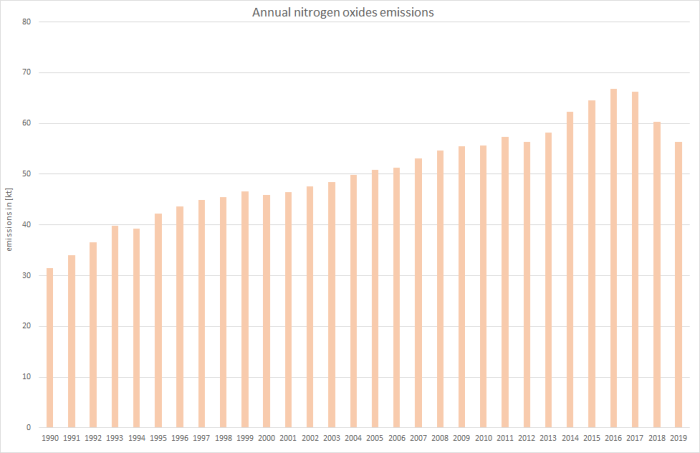 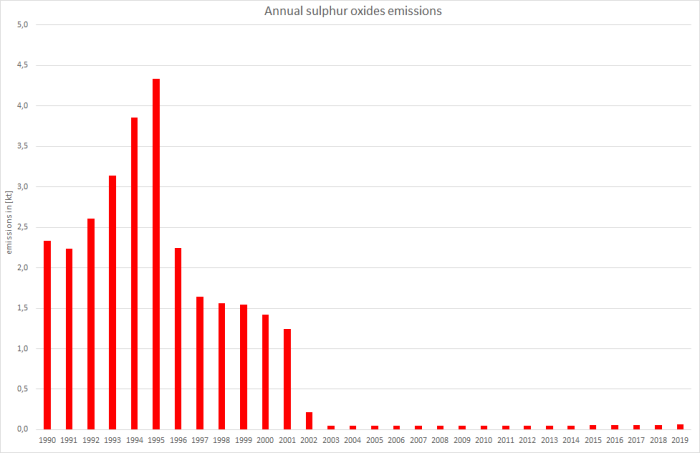 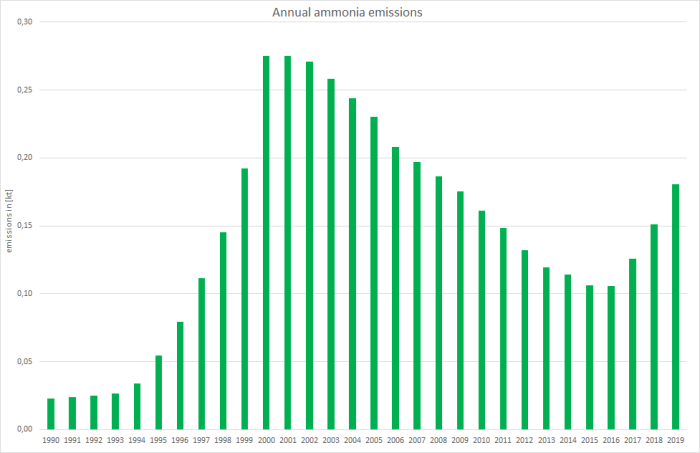 Starting in the middle of the 1990s, a so-called “diesel boom” began, leading to a switch from gasoline to diesel powered passenger cars. As the newly registered diesel cars had to meet the EURO2 standard (in force since 1996/'97) with a PM limit value less than half the EURO1 value, the growing diesel consumption was overcompensated qickly by the mitigation technologies implemented due to the new EURO norm. During the following years, new EURO norms came into force. With the still ongoing “diesel boom” those norms led to a stabilisation (EURO3, 2000/'01) of emissions and to another strong decrease of PM emissions (EURO4, 2005/'06), respectively. Over-all, the increased consumption of diesel in passenger cars was overastimated by the implemented mitigation technologies. 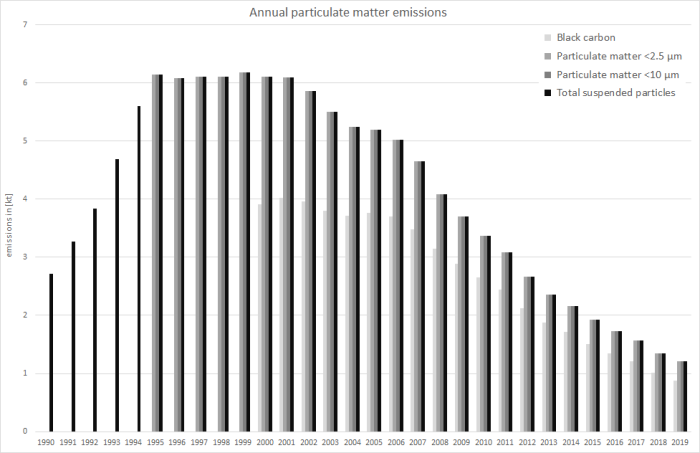