1.A.3.e i - Other Transport: Pipeline Transport 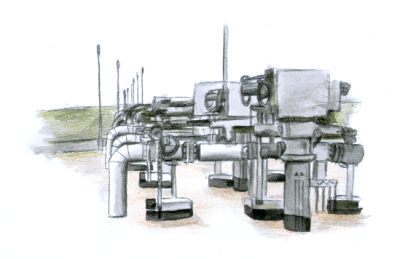 Under category 1.A.3.e i - Pipeline Compressors emissions from compressors in pipeline transport of natural gas are reported.

In past years, statistical fuel consumption data from the National Energy Balances for Germany was used (AGEB, 2021)1). But a comparison with data from German ETS (available as of 2005) exposed several inconsistencies within these statistics.

Therefore, as the fuel consumption of a compressor station depends strongly on the amount of transferred natural gas, a conversion factor was derived reflecting the relation between the fuel consumption of all compressor stations and the primary energy consumption of natural gas within Germany. Using this conversion factor, the insufficient statistical data could be replaced by much more solid estimates for the years 1990 to 2004 whereas for 2005+ the abovementioned ETS data is used.

The emission factors for pipeline comporessors have been taken from the research project “Determination and evaluation of emission factors for combustion systems in Germany for the years 1995, 2000 and 2010” (DFIU, 2002)2). A detailed description of the procedure is presented in Chapter: 1.A.1.a - Public Electricity And Heat Production. In 2018 and 2019emission factors were revised by using emission data from large combustion plants (UBA, 2019)3).

Compressor stations, in Germany mostely gasturbines are responsible for maintaining a constant pressure in the pipline. Basically they work discontinuously which causes relatively high specific emissions. In order to reflect this point the German law allows exemptions for installations with a low level of utilization.

The following diagram gives an overview of the fuel consumption in NFR 1.A.3.e 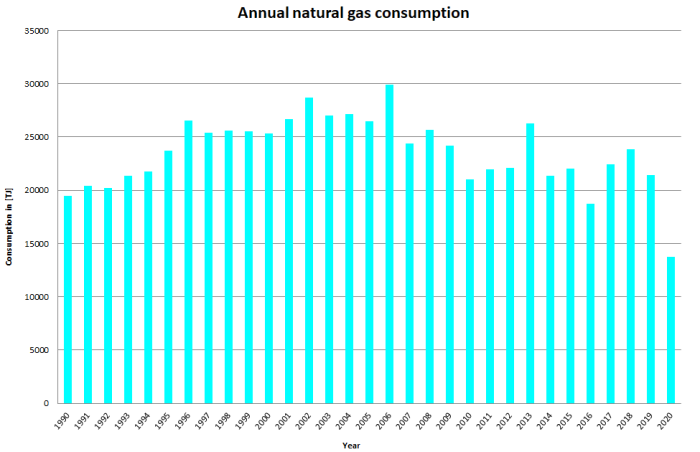 Currently no further improvements are planned.