Detailed information on the methods applied is provided in the superordinate chapter .

Specific consumption data for passenger cars is generated within TREMOD 1).

The following table gives an overview of annual amounts of the fuels consumed by passenger cars in Germany.

Here, the following charts underline the ongoing shift from gasoline to diesel-powered passenger cars, that started around 1999/2000. 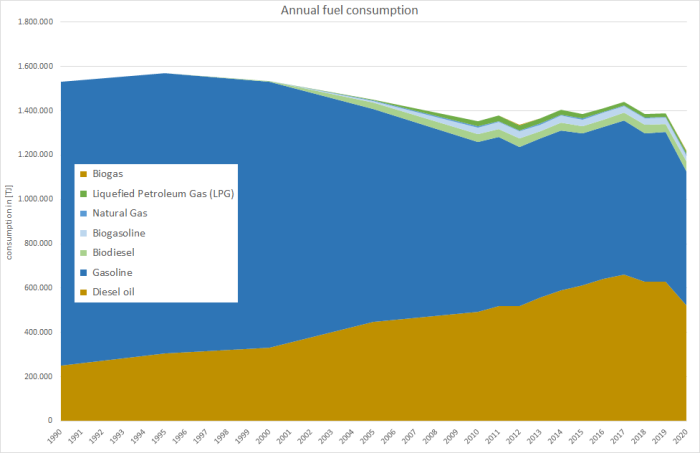 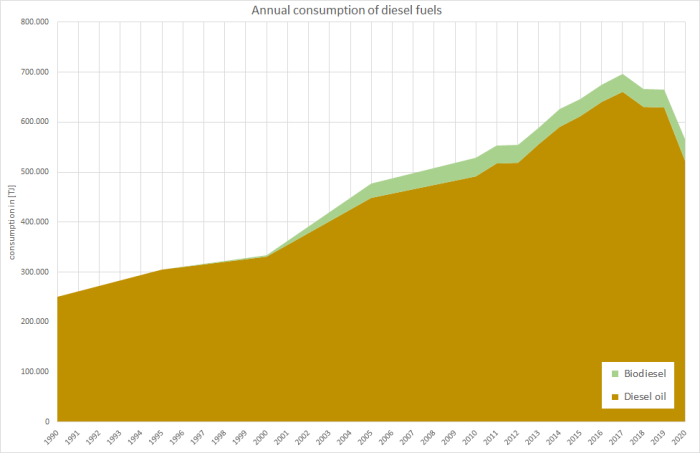 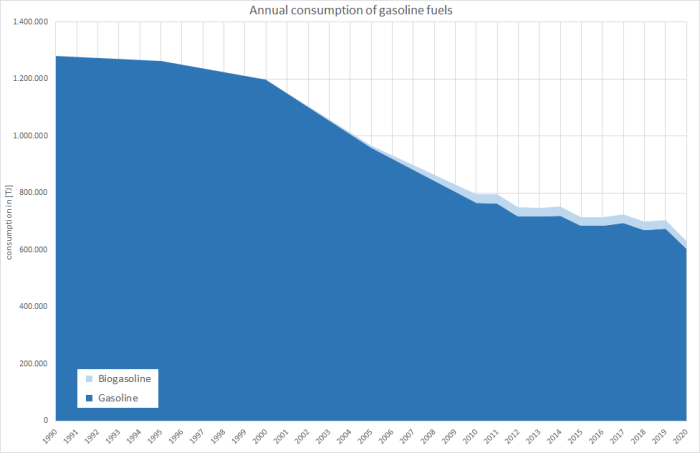 However, it is not possible to present these highly specific tier3 values in a comprehendible way here.

For heavy-metal (other then lead from leaded gasoline) and PAH exhaust-emissions, default emission factors from (EMEP/EEA, 2019) 4) have been applied. Regarding PCDD/F, a tier1 EF from (Rentz et al., 2008) 5) is used.

Since 1990, exhaust emissions of nitrogen oxides, NMVOC, and carbon monoxide have decreased sharply due to catalytic-converter use and engine improvements resulting from ongoing tightening of emissions laws and improved fuel quality. 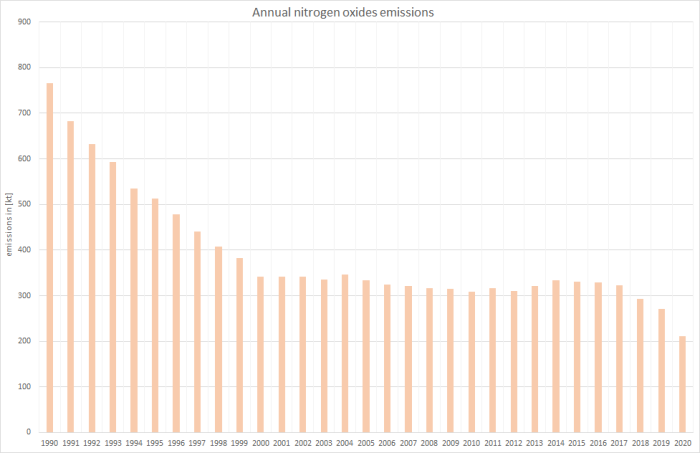 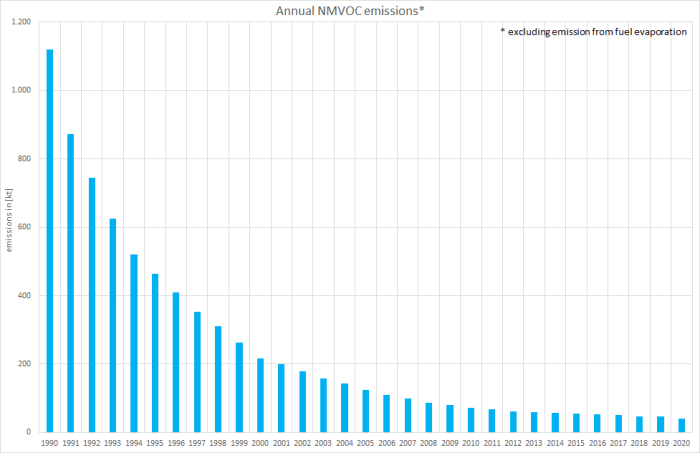 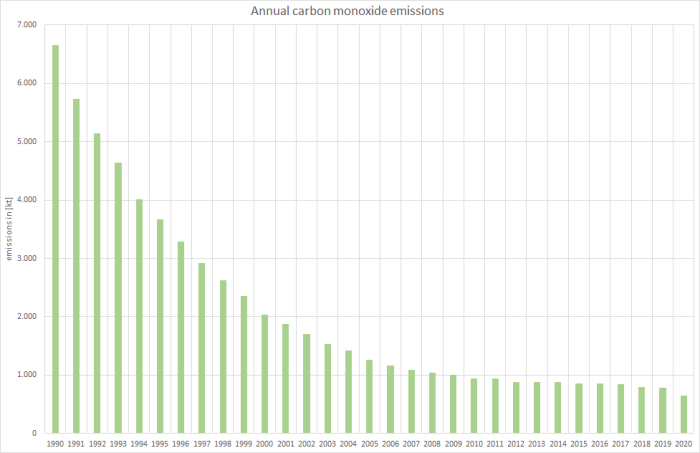 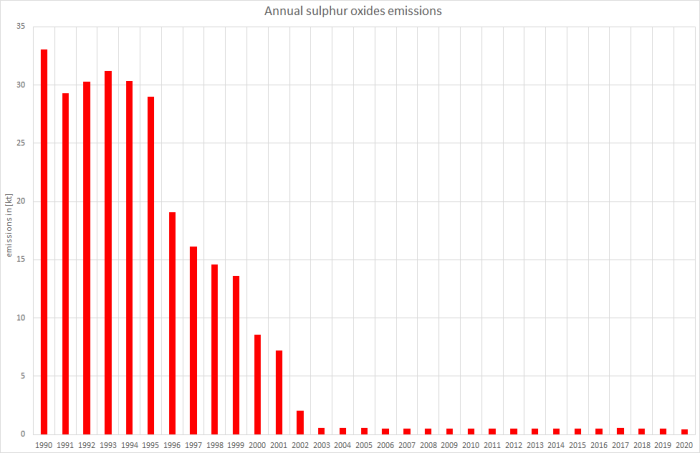 For ammonia emissions, the increasing use of catalytic converters in gasoline driven cars in the 1990s lead to a steep increase whereas both the technical development of the converters and the ongoing shift from gasoline to diesel cars resulted in decreasing emissions in the following years. 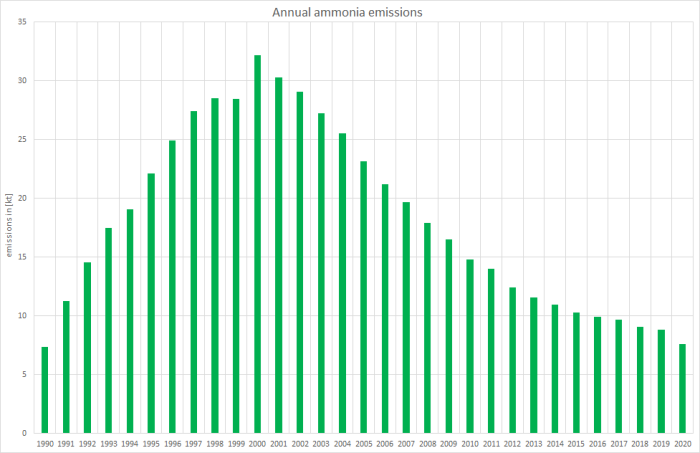 (from fuel combustion only; no wear/abrasion included)

Starting in the middle of the 1990s, a so-called “diesel boom” began, leading to a switch from gasoline to diesel powered passenger cars. As the newly registered diesel cars had to meet the EURO2 standard (in force since 1996/'97) with a PM limit value less than half the EURO1 value, the growing diesel consumption was overcompensated qickly by the mitigation technologies implemented due to the new EURO norm. During the following years, new EURO norms came into force. With the still ongoing “diesel boom” those norms led to a stabilisation (EURO3, 2000/'01) of emissions and to another strong decrease of PM emissions (EURO4, 2005/'06), respectively. Over-all, the increased consumption of diesel in passenger cars was overastimated by the implemented mitigation technologies. The table below shows the evolution of the limit value for particle emissions from passenger cars with diesel engines.

With this submission, Black Carbon (BC) emissions are reported for the first time. Here, EF are estimated based on as fractions of PM as provided in 9). Due to this fuel-specific fractions, the trend of BC emissions reflects the ongoing shift from gasoline to diesel (“dieselisation”). 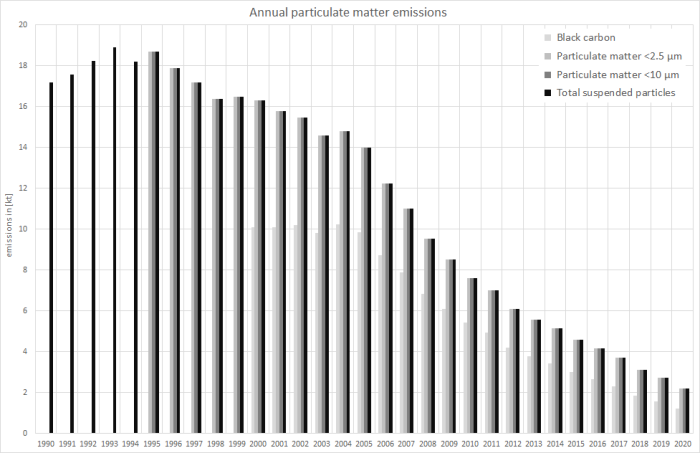 Table 4: EURO norms and their effect on limit values of PM emissions from diesel passenger cars